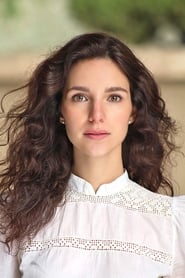 Carla Baratta Sarcinelli (born 9 July 1990) is a Venezuelan actress, model and plastic artist known for being the protagonist of the digital series "Bleep" transmitted by the mobile phone company Digitel GSM. Since she was young she has studied stage acting in places such as the New York Film Academy and the New Collective in Los Angeles, as well as the Actors Gym in Caracas. In 2017 The Hollywood Reporter reported that she had been cast in Sons of Anarchy spin-off Mayans MC as Adelita. Selected TV Appearances; -Prueba de Vida (Proof of Life), in which she played young Mother Teresa, -The web series "Bleep".

Simba idolizes his father, King Mufasa, and takes to heart his own royal destiny. But not everyone i...

After he and his wife are murdered, marine Ray Garrison is resurrected by a team of scientists. Enha...

Three years after the demise of Jurassic World, a volcanic eruption threatens the remaining dinosaur...

Birds of Prey (and the Fantabulous Emancipation of One Harley Quinn)

Harley Quinn joins forces with a singer, an assassin and a police detective to help a young girl who...

Star Wars: The Rise of Skywalker

The surviving Resistance faces the First Order once again as the journey of Rey, Finn and Poe Damero...

The Call of the Wild

Buck is a big-hearted dog whose blissful domestic life is turned upside down when he is suddenly upr...

In a suburban fantasy world, two teenage elf brothers embark on an extraordinary quest to discover i...

Twelve strangers wake up in a clearing. They don't know where they are—or how they got there. ...

A young woman and her fiancé are in search of the perfect starter home. After following a mys...

A former basketball all-star, who has lost his wife and family foundation in a struggle with addicti...

An ordinary guy suddenly finds himself forced to fight a gladiator-like battle for a dark website th...

Tai is now a university student, living alone, working hard at school, and working every day, but wi...

The true-life story of Christian music star Jeremy Camp and his journey of love and loss that looks ...